On the 67th anniversary of the US atomic bombing of Hiroshima, ICAN launched a publication titled Catastrophic Humanitarian Harm, which details the catastrophic effects of nuclear weapons on our health, societies and the environment.

The report argues for nuclear weapons to be banned just as other inherently inhumane and indiscriminate weapons – such as landmines and cluster munitions – have been prohibited by treaties.

It provides information on the immediate and long-term effects of the Hiroshima and Nagasaki bombings, the harm caused by radiation, the likelihood of global climate disruption and widespread famine in the event of a regional nuclear war, the enormous toll of nuclear testing and nuclear weapons production on our health, and the opportunity costs of investing in nuclear armaments. The effects of nuclear weapons should be central to all discussions about non-proliferation and disarmament. 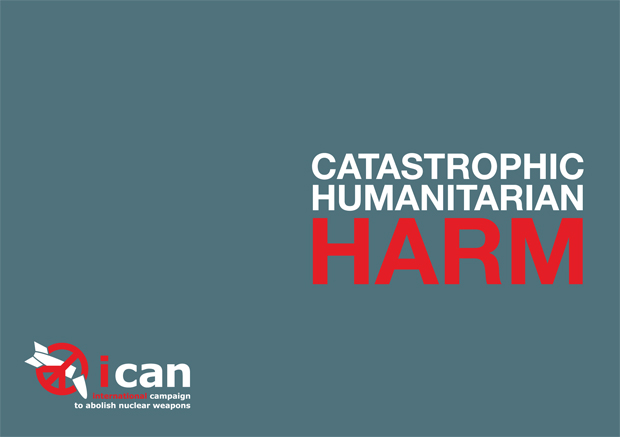